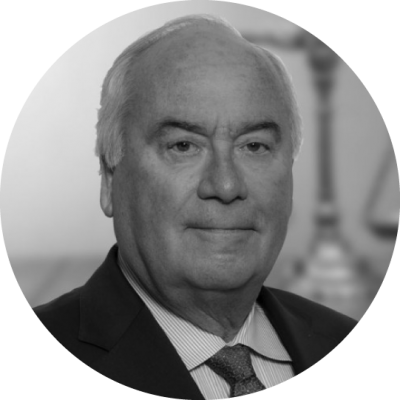 Peter Boeckle is a graduate of the University of Toronto Law School. He articled with the firm and began his practice in 1970. Peter became a partner in 1975 and was our Managing Partner from 1988 to 2000. Peter has been Counsel to the firm since 2006. In 2010, Peter celebrated 40 years of practicing law.

Peter’s notable cases include the defence of the Canadian Red Cross in the 1990’s in what was termed by the media as Canada’s greatest public health disaster.

Peter’s notable cases include the defence of the Canadian Red Cross in the 1990’s in what was termed by the media as Canada’s greatest public health disaster. Peter successfully defeated certification in one of the first class action certification motions in Canada (Sutherland v. Canadian Red Cross Society). The tort litigation arising from these tainted blood cases resulted in two, year long trials, Robb Estate and Walker Estate, the latter of which was ultimately appealed and argued before the Supreme Court of Canada and is one of the leading cases on the law of causation.

Peter has been retained on high profile class actions, most recently when an outbreak of e. coli struck a Harvey’s Franchise in North Bay, Peter was retained to defend the franchise from the claims of the injured patrons. In 2010, Peter successfully defended an electrical contractor in a multi million dollar fire loss which included a class proceeding in a 3 month trial.

Peter has been frequently recognized by the National Post as one of Canada’s Best Insurance Lawyers.